August 10, 2020 will go down in history as the first time a high yield, or junk bond, priced at under 3%.
Ball Corporation, rated one notch below investment grade by the rating agencies, was able to issue 10-year bonds at a yield of 2.85%. This represented a spread of merely 2.25% more than the 10-year Treasury bond. Historically, lower high yield spreads indicate a constructive economic outlook and less risk to these credits. The spread required by investors to own high yield bonds relative to Treasury securities has declined more than 6% since March, this during a time when unemployment remains in double digits and GDP is negative. Helping to shrink this spread are the myriad government programs meant to help companies directly via lending and indirectly via purchases of existing corporate bonds.
Mission accomplished!! 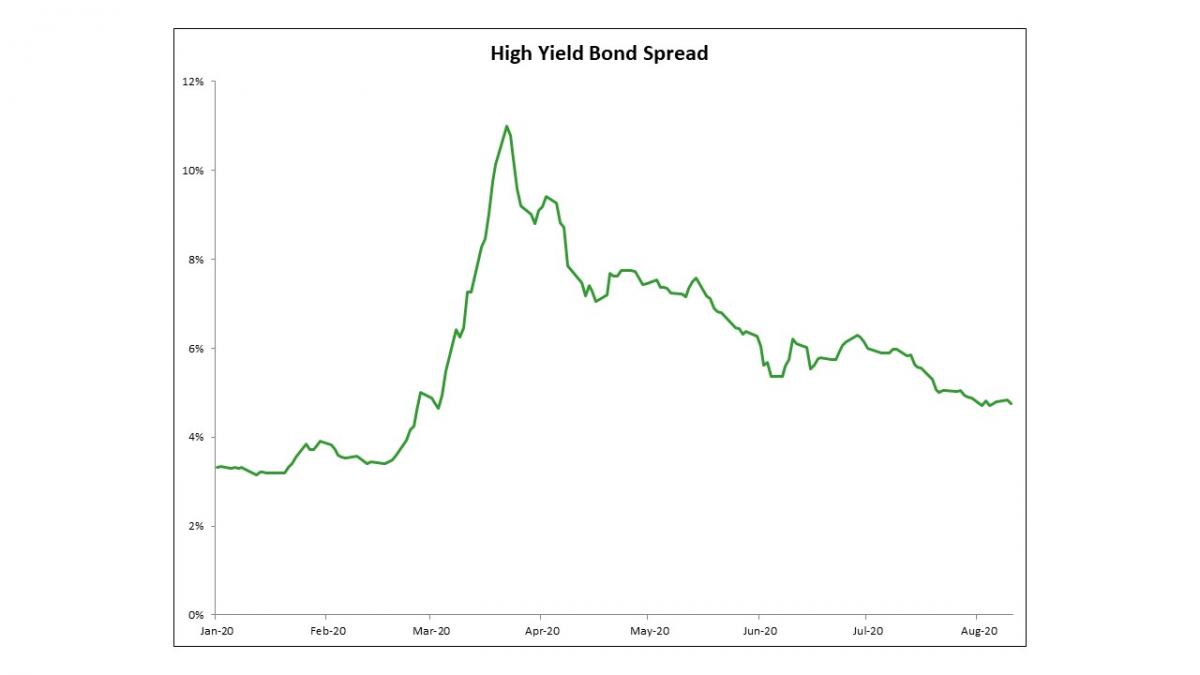 What we find particularly interesting is the juxtaposition between the level of these spreads and the perceived level of losses in the real economy as recorded by banks over the past several quarters. Due to new regulations, banks are required to recognize losses in advance of incurring them based on economic models. To say this pandemic has stretched those models would be an understatement. Unemployment went from 4% to 15% in a month, and GDP for 2Q was -32%. As a result, banks have recognized potential credit losses of nearly $200B this year.
The level of bank reserves and the resulting current stock prices indicate significant credit losses are coming. High yield spreads are indicating corporate debt is nearly risk-free. It would seem rather odd
that the banks alone will shoulder these losses and that investors in high yield would go unscathed. The present high yield spreads and discount to book value that financials trade at currently cannot both be correct. The market has severely mispriced one and possibly both.